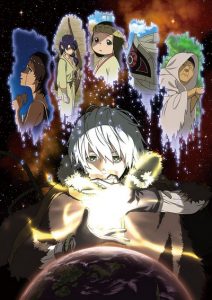 To Your Eternity [All Seasons]: Season 1

Your rating: 0
9 1 vote
To Your Eternity [All Seasons]

To Your Eternity Season 1

To Your Eternity Synopsis

In the beginning, an “orb” is cast unto Earth.

“It” can do two things: change into the form of the thing that stimulates “it”; and come back to life after death. “It” morphs from orb to rock, then to wolf, and finally to boy, but roams about like a newborn who knows nothing.

Through encounters with human kindness, Fushi not only gains survival skills, but grows as a “person”. But his journey is darkened by the inexplicable and destructive enemy Nokker, as well as cruel partings with the people he loves. Fushi continues his eternal quest, bearing the pain of living with the fortitude of someone who chooses his own path.