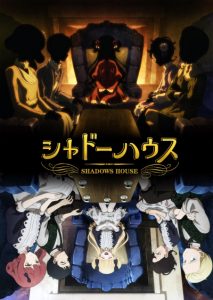 A faceless clan lives in a large mansion, masquerading as nobles. Their caretakers are living dolls who spend their days cleaning up the dirt the tenants leave behind. But there’s a deeper mystery at play…and the secret of the house will be unveiled.