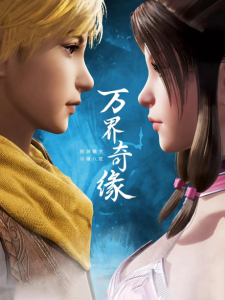 Lin Feng was an orphan outside Liuxian City. There’s a forest of crying ghosts in Wu Village. According to legend, there was a ghost and a forbidden place in W Village. One day Lin Feng accidentally broke in and found an ice coffin in the cave, which contained a beautiful woman. Lin Feng accidentally opened the ice chest to wake Ying Taiyue. After Ying Taiyue awoke, she accidentally discovered that Lin Feng could actually deposit the Sacred Goods of the Hongmeng Demon Race which caused Lin Feng to swallow the Hongmeng Demon Type, and then leave. From then on, Lin Feng’s body began to change. Hongmeng’s demons sprout on Lin Feng’s body and cultivate cute spiritual shoots. Strange things also happen in Wu Village. Lin Feng who has great power will do something in the face of that strangeness. What kind of decision will Lin Feng make?